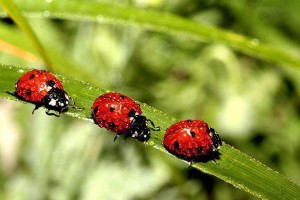 beneficial insects for your garden

Gardens are in and growing, now here come the bugs! Learn how to go to battle with the critters that want to eat your plants before you do. Don’t panic and spray poisons, come in before the problem is out of hand and learn how to handle these problems in a safe, natural way. Vance will be at the helm to show you the myriad of organic pest controls and natural fungicides that are available, explain how they work, and give some practical advice on keeping your natural garden healthy and thriving. Using beneficial insects in your garden will also be addressed. There will be a question and answer period after the lecture. This workshop is free, and attendees will receive 20% off all purchases after the workshop on Saturday! 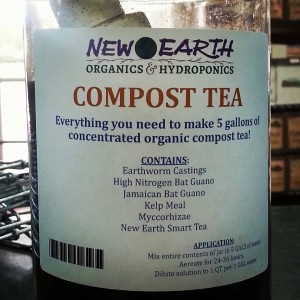 Our own Compost Tea to Brew at Home

Learn how to make a biologically active fertilizer for your garden using a five gallon bucket, air pump, air stone, and the New Earth Compost Tea Kit. This kit includes worm castings, kelp, two kinds of guano, and our own Smart Tea as an activator. This workshop is being held right after our Natural Pest Control workshop. It starts at 4:00pm this Saturday, 6/20. Come at 3:00pm and attend both. It will be an afternoon of sharpening your gardening skills and covering two very popular topics!

No, I am not suggesting you spray your plants with Kentucky Bourbon, although it may kill some bugs on contact. Save the bourbon for my Kentucky Smart Tea recipe, I will tack that on to the end of the blog.

Captain Jack’s Deadbug Brew® contains Spinosad,  a product first isolated from a naturally occurring soil dwelling bacterium collected on a Caribbean island from an abandoned rum distillery in 1982. It is produced by fermentation. Spinosad does not significantly affect beneficial organisms including ladybugs, green lacewings, and predatory mites. It can harm bees when they are directly sprayed with it, so time your applications when bees are not active on your plants and allow for a drying time of 3 hours. It is fast acting, odorless, and breaks down quickly in sunlight.

Spinosad must be ingested by the insect to be effective. It is a natural neural toxin, which shuts down the brain and organs of the target insects. (Nice!) It is relatively fast acting, with insects dying in 24 to 48 hours. Only insects that eat the sprayed foliage are affected.

We aren’t big fans of spraying anything on our outdoor, organic gardens. A couple years ago, however, our beautiful blackberries were being rendered inedible by stinkbugs and June Beetles. We went to war with Captain Jack’s and won. Two applications immediately cured the problem, and the berries after application were well formed, tasty, and without the dreaded off-white druplets on the berries.

We have Captain Jacks in powder form, read-to-use spray, and concentrate. It is in constant demand at the shop, which speaks for itself. If you have insect problems you want to attack, pour yourself a drink and use Captain Jack’s. Now, for that Kentucky Smart Tea recipe…

Brew about 3 cups of very strong tea. Dissolve about a cup of organic sugar in the hot tea. Add in about a cup of orange juice, a cup of pineapple juice, the juice of three lemons, and a cup (or so!) of Kentucky Bourbon. Substitute Dark Jamaican Rum for the bourbon if you prefer.  Add in a thinly sliced lemon and orange, adjust your sugar if necessary. Ice down and enjoy!

Stay connected via our blog or Facebook to learn more about our upcoming workshop on organic pest control in the garden, date will be announced soon.